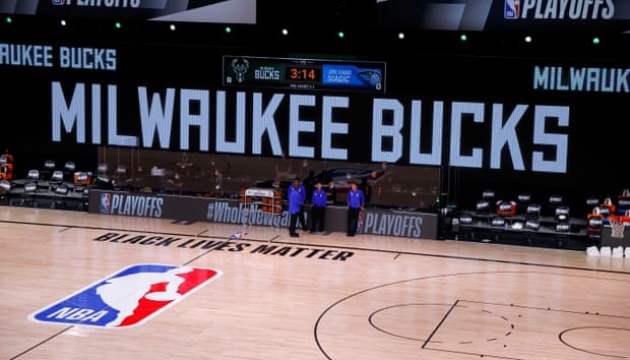 Players responded to an incident with police and African-American Jacob Blake in Wisconsin.

The season in the NBA may end early. Basketball players of the association’s teams are discussing the option of boycotting all playoff matches, according to world media.

The day before, three first-round playoff games were canceled due to the players’ refusal: the Milwaukee Bucks to the Orlando Magic, the Houston Rockets to the Oklahoma City Thunder, and the Los Angeles Lakers to the Portland Trail Blazers.

It is known that NBA players have already held training camps in Orlando and will require a clear plan of action from club owners. Players want to see «something significant» on the part of the owners amid an intensification of the social justice movement following the incident with police and African-American Jacob Blake in Wisconsin.

Read also: All pairs of the playoffs have been determined NBA

The NBA Board of Governors will meet urgently on Thursday, August 27.

The action of NBA teams was caused by a protest against the shooting of African-American Jacob Blake in Kenosha, Wisconsin. The other day, 29-year-old Blake received seven gunshot wounds from a police officer, now he is in hospital.