The opening of the reception and diagnostic department is scheduled for the end of September.

The mayor Gennady Trukhanov inspected the progress of the overhaul of the departments of the main surgical building in the city hospital No. 1.

The press service of the mayor’s office reports.

After all the work is completed, the hospital will house an emergency department, an operating unit and intensive care unit, neurosurgery, gynecology, general surgery and traumatology departments in one hospital building.

“This is the first time such a large-scale renovation is being carried out in this famous hospital. We are carrying it out in stages: we replaced communications, made a roof, now we are putting things in order in the main surgical building. Recently, a modern, well-equipped intensive care unit with 15 beds was opened. Today we checked the readiness and in the near future we will open a gynecology department, ” — said Gennady Trukhanov. 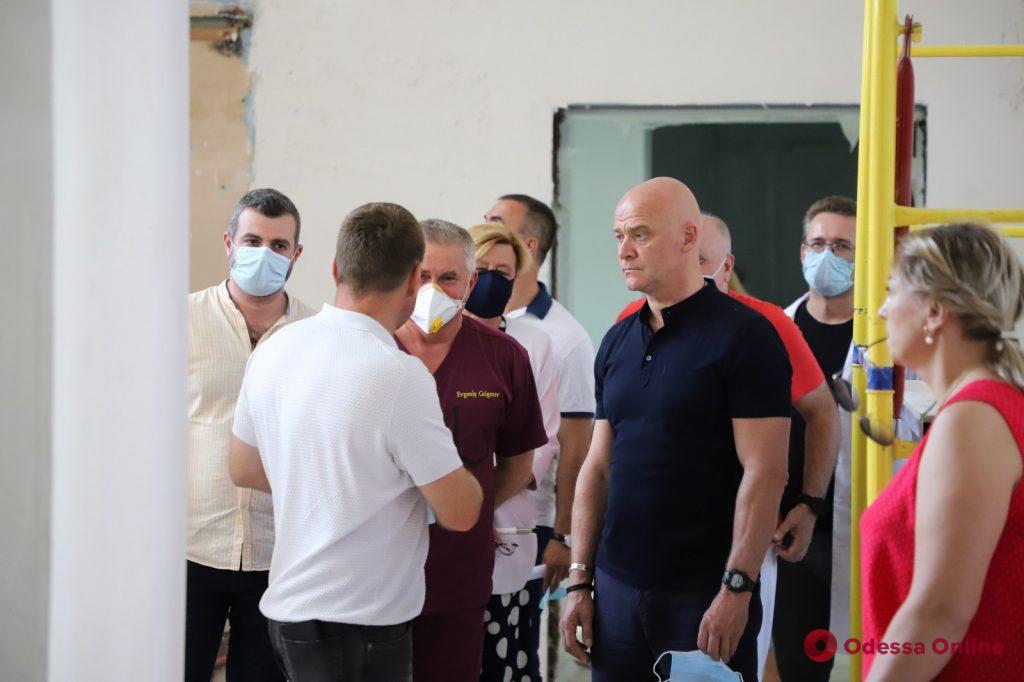 The new gynecology department is located on the second floor of the main surgical building, above the intensive care unit.

The mayor noted fundamental differences from the old department of gynecology: the new one is designed for 30 patients; all wards have a bathroom with a shower; equipped with a ward for six places for pregnant women staying in conservation, the rest of the wards — for a maximum of 4 beds. In addition, comfortable conditions have been created for the medical staff. Workplaces are provided with personal wardrobes for personal belongings, a shower for the first time appeared in the staff room.

Also, the logistics of admission of an urgent patient to the hospital has been developed and today in the active phase — overhaul of the reception and diagnostic department, arrangement of a shed and an access road with the organization of a circular movement of emergency medical vehicles.

For the first time, a freight elevator will appear in the hospital for lifting patients who cannot move independently to the departments located on the second floor.

The opening of the reception and diagnostic department, which will provide urgent care and a wide range of diagnostic tests, is scheduled for the end of September.

The gynecological department will begin its work during the celebration of the 226th anniversary of the founding of Odessa.