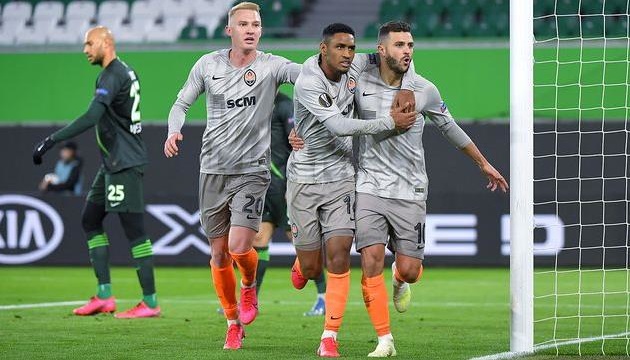 Shakhtar Donetsk players will play a return match of the 1/8 finals of the UEFA Europa League on Wednesday, August 5.

Shakhtar’s home match with German Wolfsburg, which will start at the capital’s Olimpiyskiy National Sports Complex at 7.55 pm, will be shown on Football 1 TV channel; text broadcast of the match — on the Ukrinform website.

The meeting was entrusted to a team of referees from Slovakia led by Ivan Kružlyak.

Read also: Instead of Ismaili, Shakhtar included Vitao in the Europa League bid

Almost five months have passed between Shakhtar and Wolfsburg matches. The first match on March 12 at the Volkswagen Arena in Wolfsburg ended with the victory of the guests (2: 1) and was remembered by two unrealized penalties by Viktor Kovalenko and Vaut Weghorst. Goals by Junior Moraes and Marcos Antonio brought success to the Pitmen.

Read also: A draw will also take us to the next round — Castro

The winner of the confrontation in the sum of two matches in the quarterfinals will meet the best team of the pair «Eintracht» (Germany) — «Basel» (Switzerland).