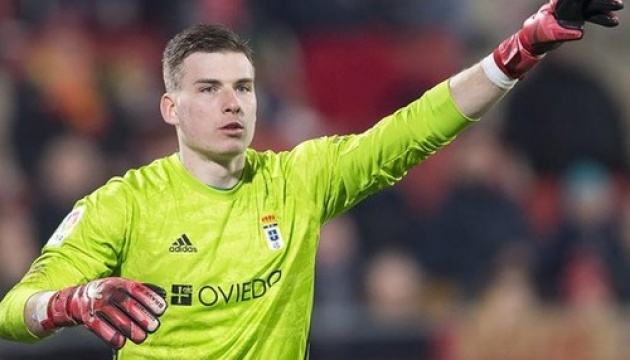 The Ukrainian goalkeeper’s club has retained its residence in Segunda.

Oviedo goalkeeper Andrei Lunin helped his team win the match of the 41st round of the championship of the second Spanish division (Segunda) against Racing (1: 0), Ukrinform reports.

The home team scored the winning goal in the 7th minute (Obeng). This is Oviedo’s third consecutive victory at the end of the season.

In the 9th minute, Lunin made a mistake when he ran far from the goal and almost brought a goal into his own goal. But watching VAR saved the Ukrainian team, the player of «Racing» recorded the game with his hand.

For Lunin, the match was the 19th for Oviedo. In total, he conceded 18 goals for the club.

For the tour before the end of the championship, «Oviedo» ranks 14th in the standings of Segunda. The club secured itself from relegation, breaking away from 19th place by 5 points.