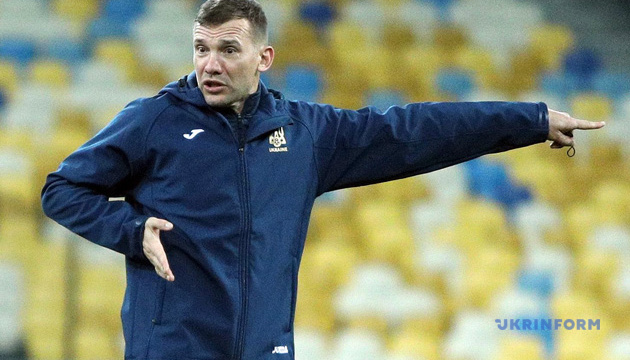 The head coach explained why the Belgian legionnaires and Yarmolenko will come to the team’s location at the end of the training camp.

The head coach of the national team of Ukraine Andrei Shevchenko believes that the matches in the League of Nations are a great opportunity to experiment with the team before the European Championship in 2021, according to UAF website.

Maybe one of them will help us at the Euros or in qualifying for the World Cup. That’s why we create competition, that’s why we called so many young players.

Read also: Karavaev: The national team of Ukraine has two or three players for each position

The Belgian legionnaires and Yarmolenko will arrive at the team’s location at the end of the training camp. Why? They could not come earlier, the championships in Europe will start at different times. I think it is right to leave Yarmolenko in the club, he will get playing practice there. These players will arrive in the second part of the training camp, when the direct preparation for the matches will start, ”Shevchenko said.

How reported Ukrinform, the national team of Ukraine will play with Switzerland on September 3 in Lviv. The match with Spain will take place on September 6 in Madrid.