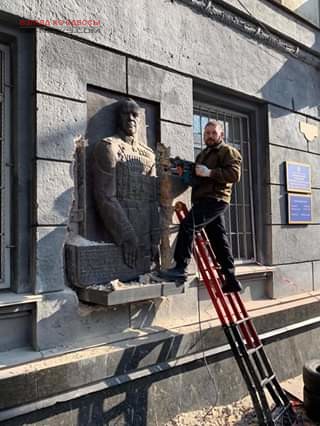 On Thursday, October 31, in Odessa, the memorial sign to Marshal of the USSR G.K.

As it became known, the dismantling was carried out by social activists from the “National opposite”, to whom the military themselves gave the go-ahead.

Gennady Trukhanov emphasized: “Regardless of the further fate of the bas-relief, I consider such actions unacceptable. They not only are not agreed with the residents, but also cause a wide public resonance.”

Representatives of a public nationalist organization explained their actions as a process of decommunization. Allegedly, this commemorative sign falls under the relevant law of Ukraine. They promised to transfer the bas-relief in proper form to the Museum of the Southern Operational Command.

Svetlana Fabrikant, ex-people's deputy, named those who initiated the dismantling of the memorial sign to Marshal Zhukov, bastards and vandals. "I was sure that it was arbitrariness. It turned out that it wasn’t! Permission to dismantle was given by the head of the apartment department of the Military District. Zhukov defeated fascism together with our ancestors!" — wrote on her page on Facebook, the ex-deputy of the Verkhovna Rada. 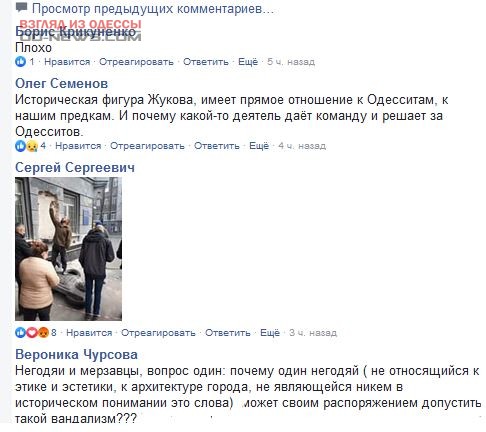 News from od-news.com on Telegram. Subscribe to our channel https://t.me/odnews

AMPU berths are worn down to critical condition: 20% of them do not work

The petition to ban 5G in Ukraine received the necessary votes