In the office of scammers conducted searches.

26 and 22-year-old residents of Odessa using their own Internet platform used Sip-telephony, which allowed you to make calls from around the world. Fraudsters presented themselves as brokers and positioned themselves as leaders in the financial market. They suggested that citizens of Ukraine and EU countries invest money in financial markets and well-known cryptoexchanges in order to open a trading account on the Internet platform.

This was reported by the press service of the State Institution NP.

In the future, after opening a trading account, scammers under the guise of professional traders using remote access software to investor accounts carried out trading operations or gave forecasts that were untrue, and thus appropriated their money to themselves. 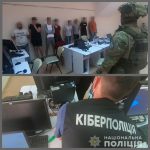 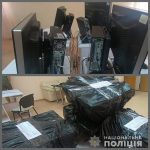 To carry out their criminal activities, the attackers converted the premises into an office in which 35 people worked. The latter posed as managers of the organization.

On this fact, criminal proceedings are opened under Part 3 of Art. 190 (fraud) of the Criminal Code of Ukraine. Investigative actions are ongoing.