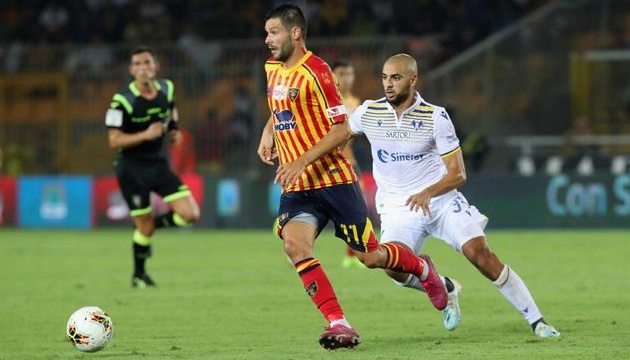 The Ukrainian midfielder excelled in the match between Lecce and Fiorentina.

In the match of the 33rd round of the Italian championship (Serie A), Lecce lost to Fiorentina 1: 3 at home. The only goal for the hosts was scored by Ukrainian midfielder Yevhen Shakhov, Ukrinform reports.

The guests scored three times in the first half. Federico Chiesa, Rashid Gezzal and Patrick Coutrone excelled. Lecce managed to score one goal just minutes before the final whistle. Ukrainian midfielder Yevhen Shakhov, who came on in the second half, excelled.

Read also: Juventus saved the match against Sassuolo and continues to lead in Serie A.

After this match, Lecce is in the relegation zone in 18th place. Only one point until the rescue 17th place.