The man was taken to the hospital.

Yesterday evening the special line «101» received information about a fire in the city of Berezovka.

According to the press service of the State Emergency Service, the rescuers who arrived discovered that a one-story residential building was on fire.

The fire was extinguished within 16 minutes. The preliminary cause of fire is a short circuit in the extension cord. 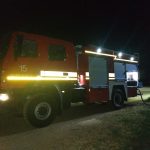 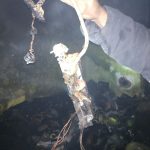 The 78-year-old owner of the house received burns on 25% of his body while trying to put out the fire on his own. The man in serious condition was hospitalized in the Berezovskaya central regional hospital.